The Explorers Grand Slam or Adventurers Grand Slam is an adventurers challenge to reach the North Pole, the South Pole and all of the Seven Summits. The North Pole is defined as the point in the Northern Hemisphere where the Earth’s axis of rotation meets its surface. The South Pole, situated in Antarctica, is the southernmost point on the surface of the Earth and lies on the opposite side of the Earth from the North Pole. The Seven Summits are defined as the highest mountain peaks of each of the seven continents. Click a marker on the map below to learn more about each of the Seven Summits.

* In 80′s Dick Bass set the task of climbing the highest peak on each continent. As a businessman without climbing experience, Mr. Bass defined each continent according to the lay person’s concept – hence Australia’s highpoint, Mount Kosciuszko, was included in the Seven Summits. Renowned mountaineer Reinhold Messner revised Dick’s list by substituting the more difficult Carstensz Pyramid (Puncak Jaya) of New Guinea at 16,023 feet for Mount Kosciuszko.

David Hempleman-Adams became the first to complete this challenge in 1998.

In 2011, former Wales rugby union international Richard Parks became the first person ever to complete the (Last Degrees) Grand Slam within a single calendar year, doing so within seven months.

Vanessa O’Brien became the first woman to complete the (Last Degrees) Grand Slam under a single calendar year, doing so in eleven months.

Some 70 people have completed the Explorers Grand Slam including:

Grand Slam (Last Degree One or Both Poles) 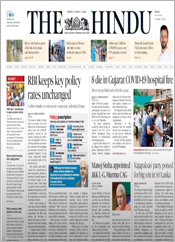